Scored an PCM for 30 bucks on Ebay!

Well, since I started driving the Camaro again, I noticed there was a “rattle” or “clanging” when I down shift. I thought it was an exhaust rattle but yesterday the SES light was on. I check it and bank 2 was running rich so I pulled the valve cover on the right side. 3 lifters were a little loose. I had to reuse the rocker bolts cause no one had any in town. I used lock tight in hopes that they would hold. I did order some reusable bolts afterwards, but i never put them in. So I replaced the right side rocker bolts with the reusable ones and the clanging noise has stopped for now.

I still think there’s an exhaust leak between my manifold and Y pipe, but I’ll be glad when I get to take her all apart and put my headers on.

I’ve needed to tear into the blower assembly for awhile now to see why it was vibrating my dash while the air was on. I’ve been unable to use the A/C lately because it doesn’t blow hard at all… and its about to kill me. 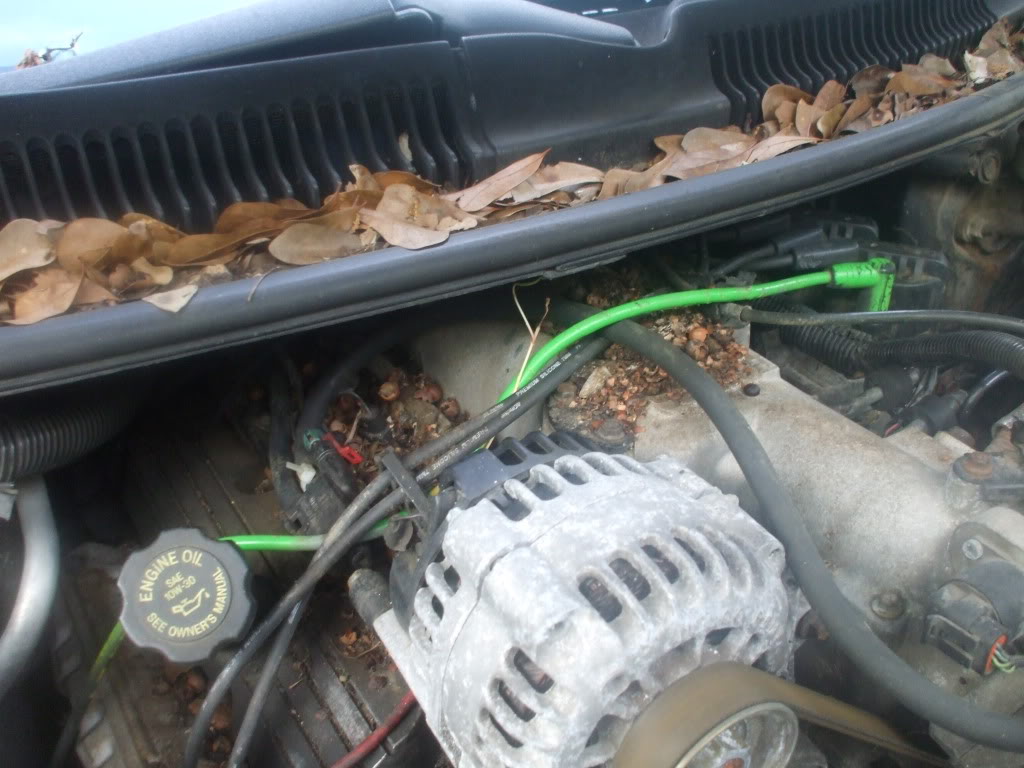 Well it seems I missed the blower during the clean up effort. It was just as bad. The vibration was coming from this. Not to mention it couldn’t have been very efficient. 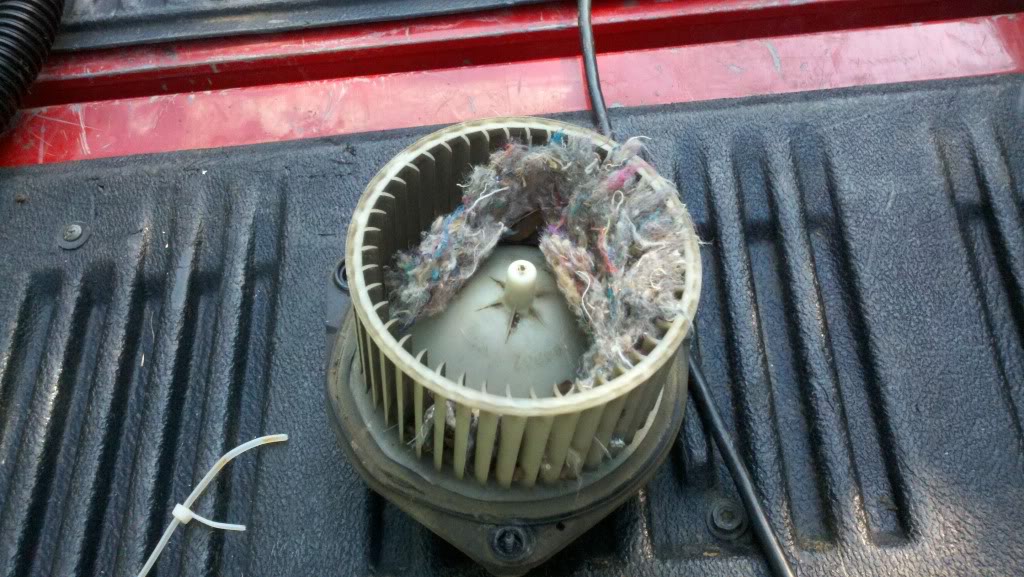 Now after I got all that straightened out I gave her a bath.

Keep in mind, this is Pre-Op…..
Yeah, I know shes not much to look at in the face, but at least she has a nice backside. 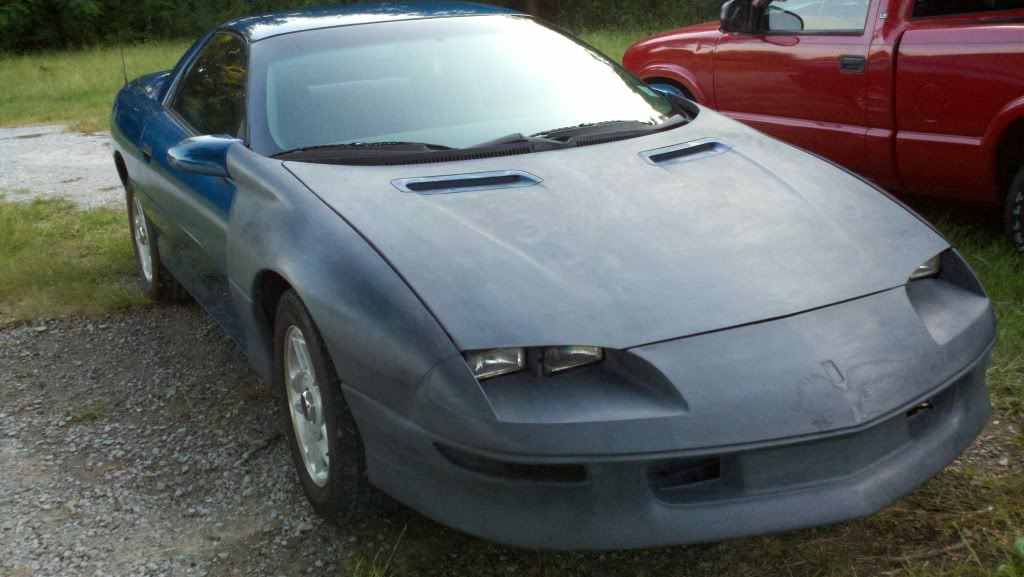 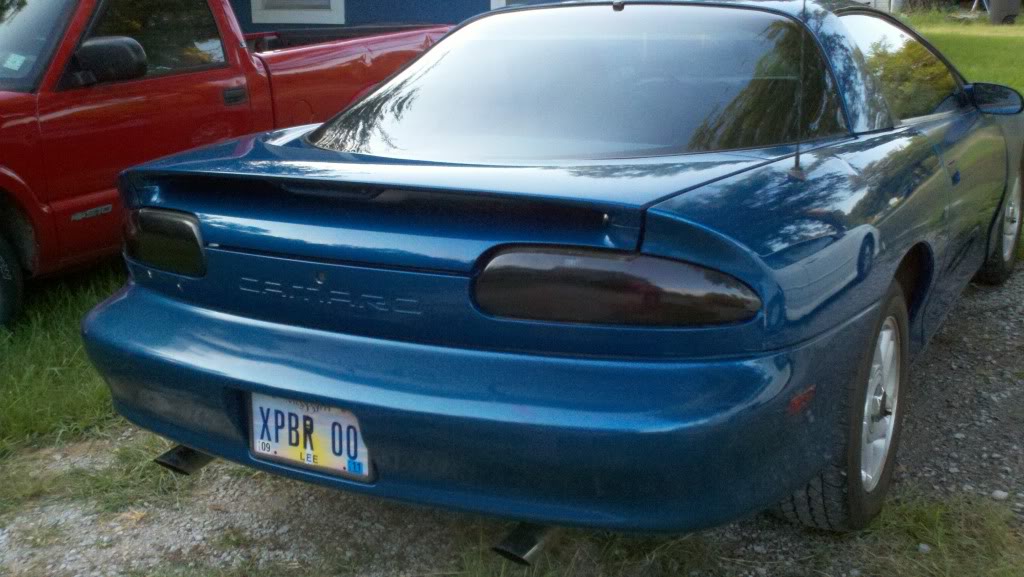 I’ve got the first phase of parts waiting on me now .

I received 3 packages. 2 from kdm212 (V6F-Body.com) and 1 from GMPartsDirect.com 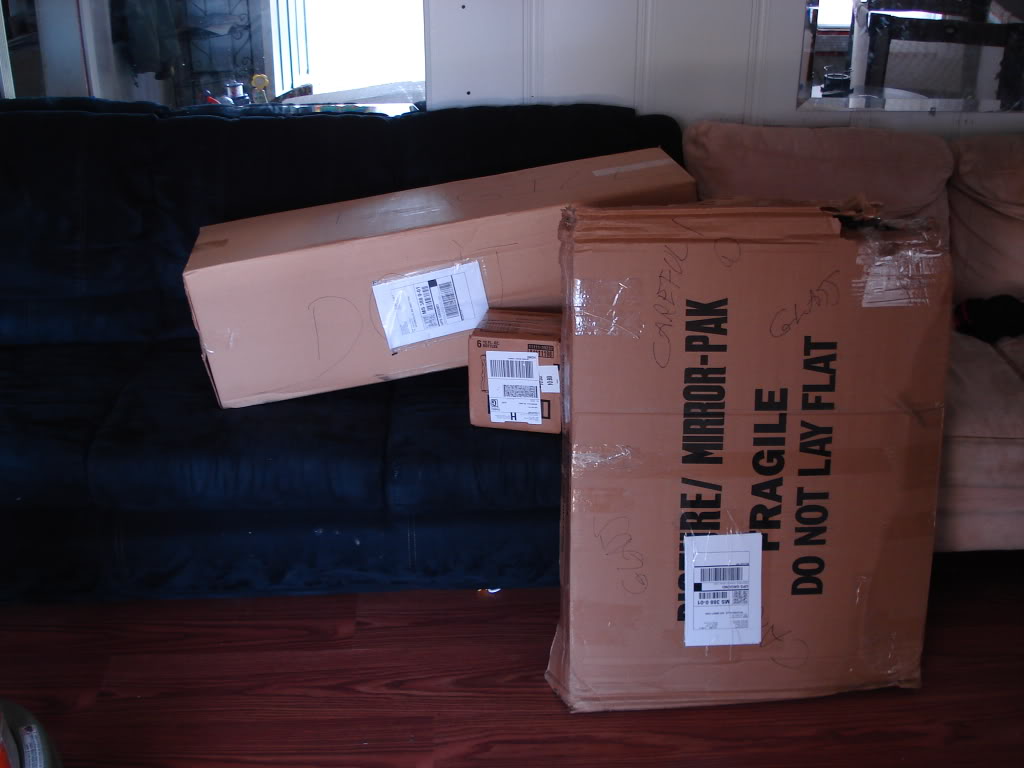 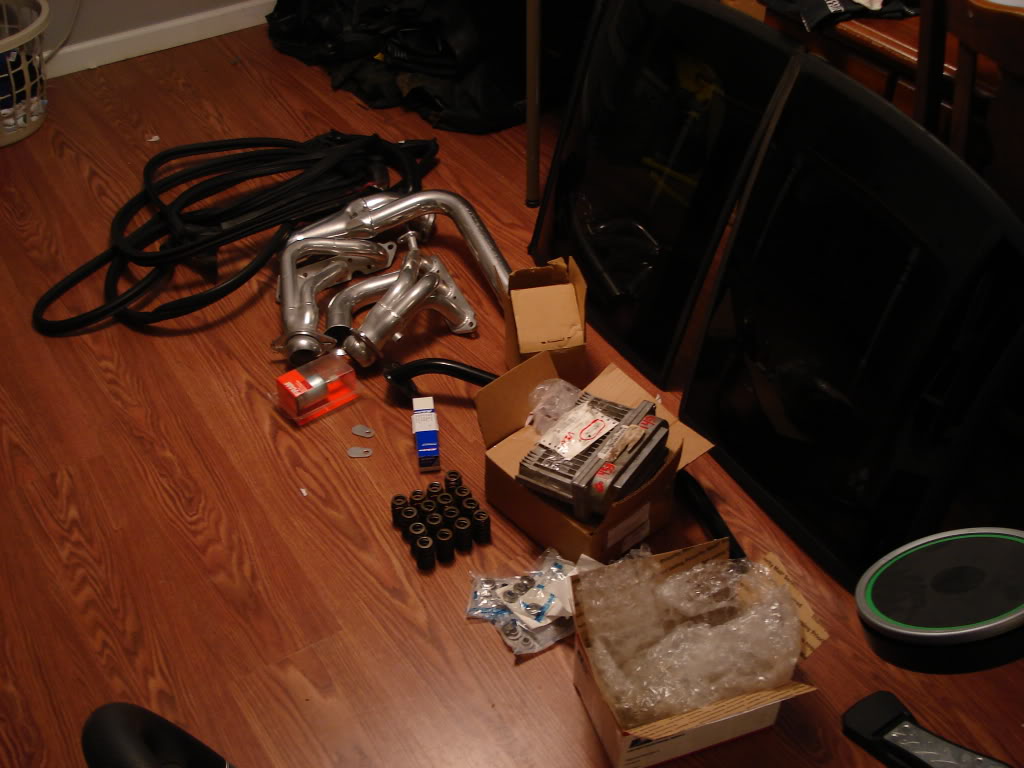 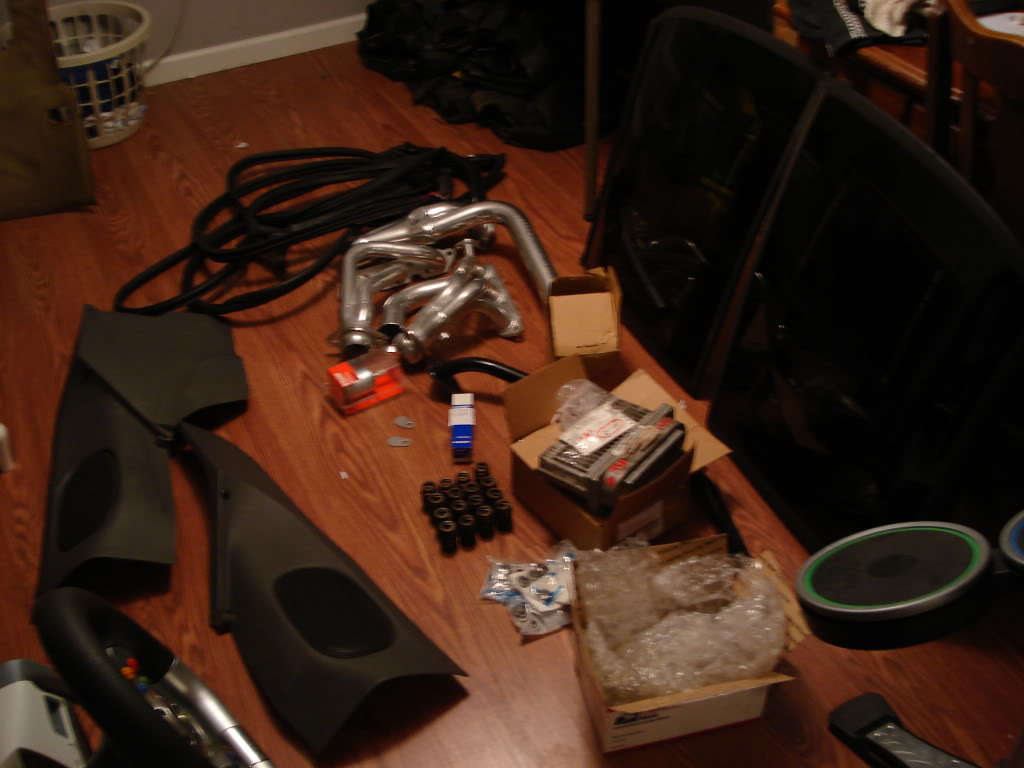 So much to do now. I gotta clean up the shop so i can use it. Within the next 2 weeks I’ll have it tore down to take the block to the shop and let them work their magic. I’m sending the pcm to PCMforless and then sometime after getting the motor straightened out, cutting the roof for the t-top conversion.

I pick up a few things. I now have the tool to cut my roof off. I bought a angle grinder and some cutting wheels. I’m also ready for the rebuild with an engine stand. I still haven’t put it together. 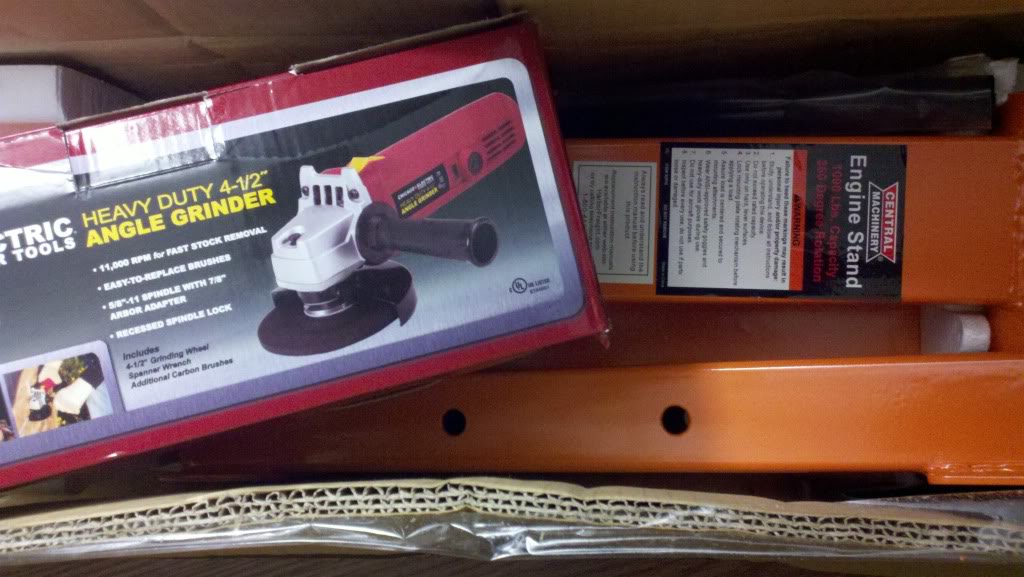 I’ve received the final puzzle piece today. I’m tearing it down this weekend. 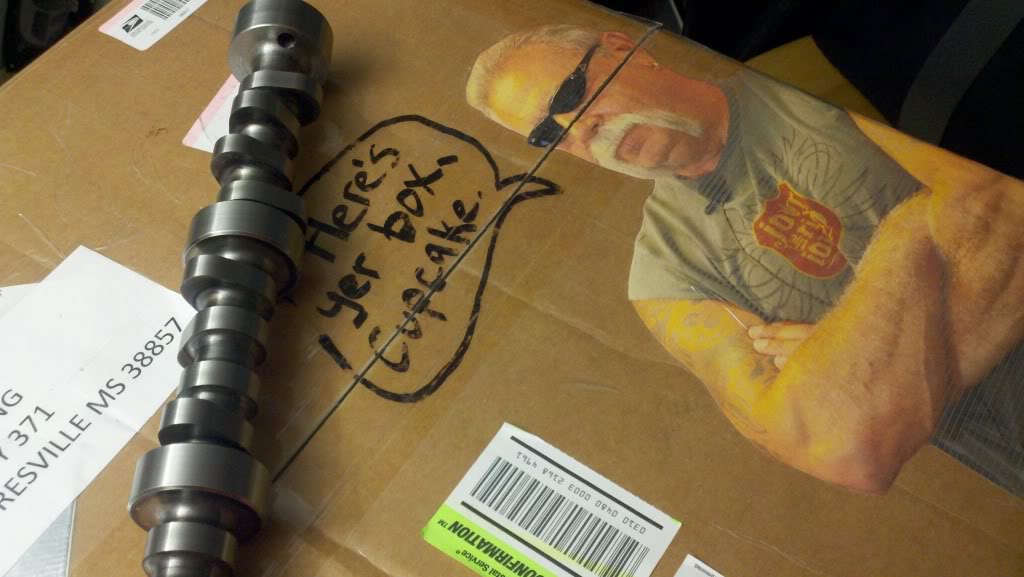 Well, today started out very slow. I didn’t actually get started till noon. BUT…… its done. The motor is out! Tomorrow I will be getting the block ready for the shop.

Here are a couple pics from today. They look very similar to the other pics form when I pulled the motor before :-\ . 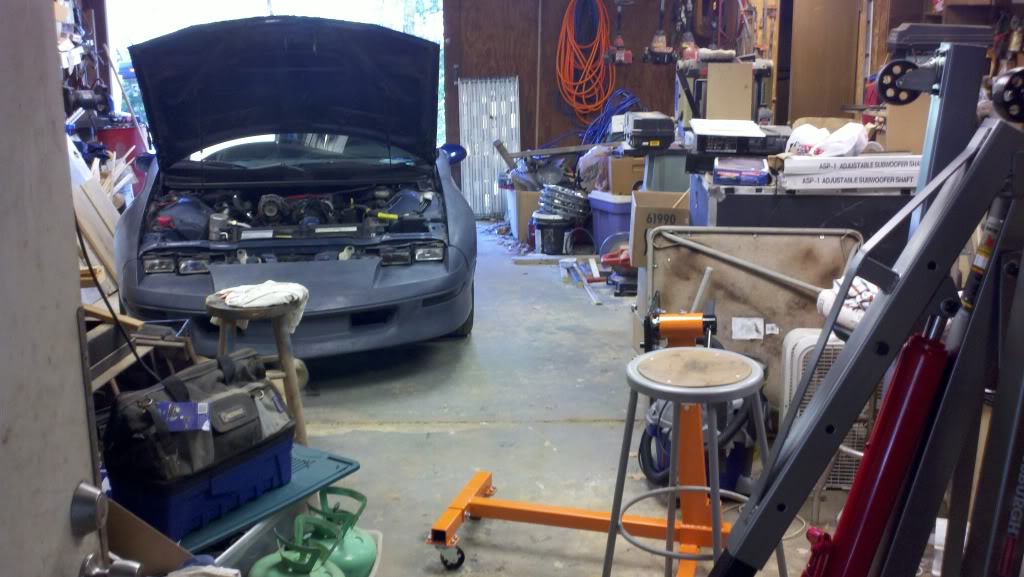 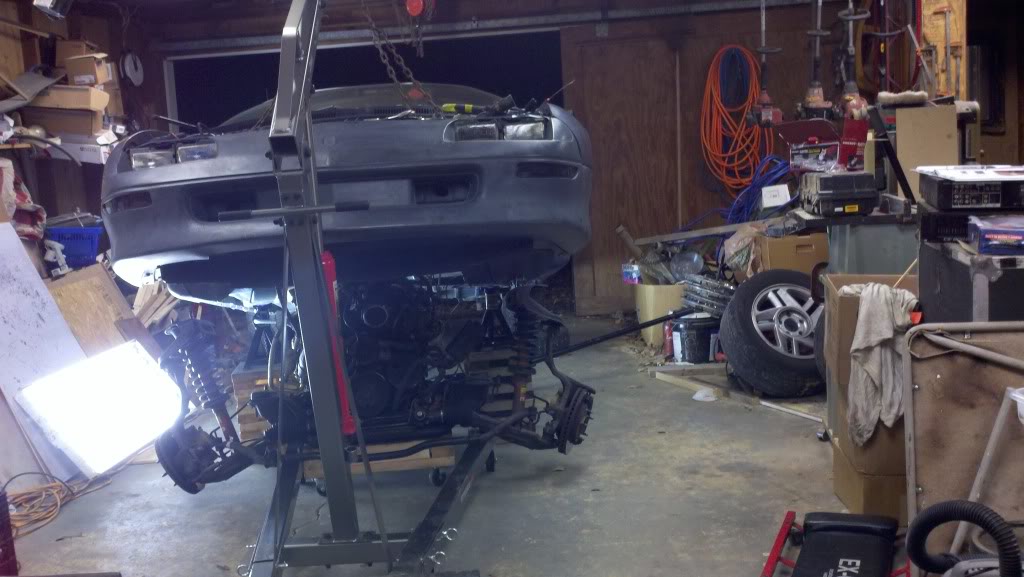 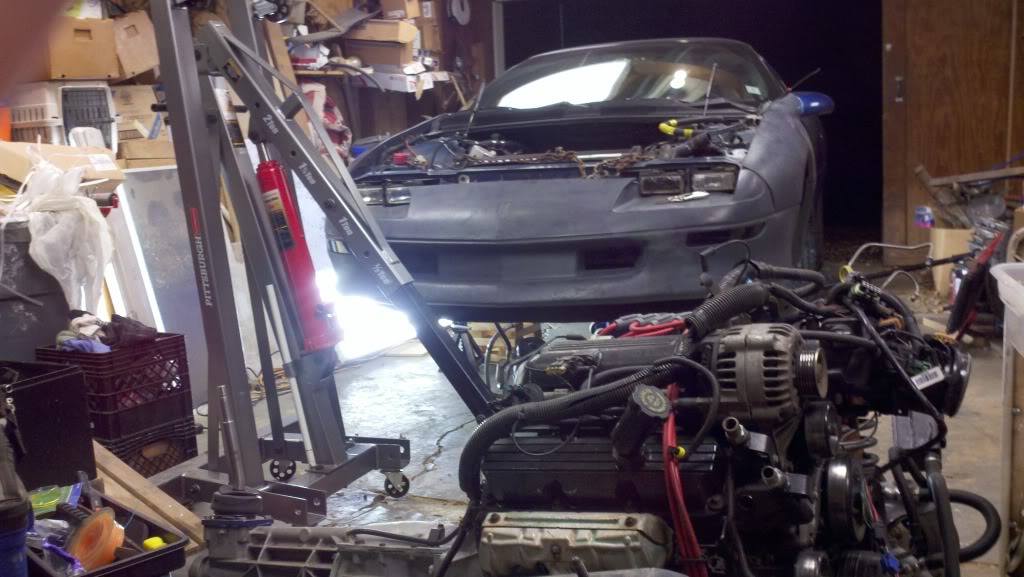 Uggggh….. Yesterday beat me to death. I feel myself getting older.

I didn’t really get far today. I got the motor on the stand and tearing down the pieces. I’m debating on where to take my block. There’s one engine place around here. The stories about their work continue to be endlessly negative and shady. I’ve only had 2 sets of heads redone by them and never had a problem. However, some other folks I’ve talked to have had some serious issues with them. So, I’m going to look at another shop. It will be like a 2 hr drive no matter what or…. rebuild it myself.

Here is where I left it. 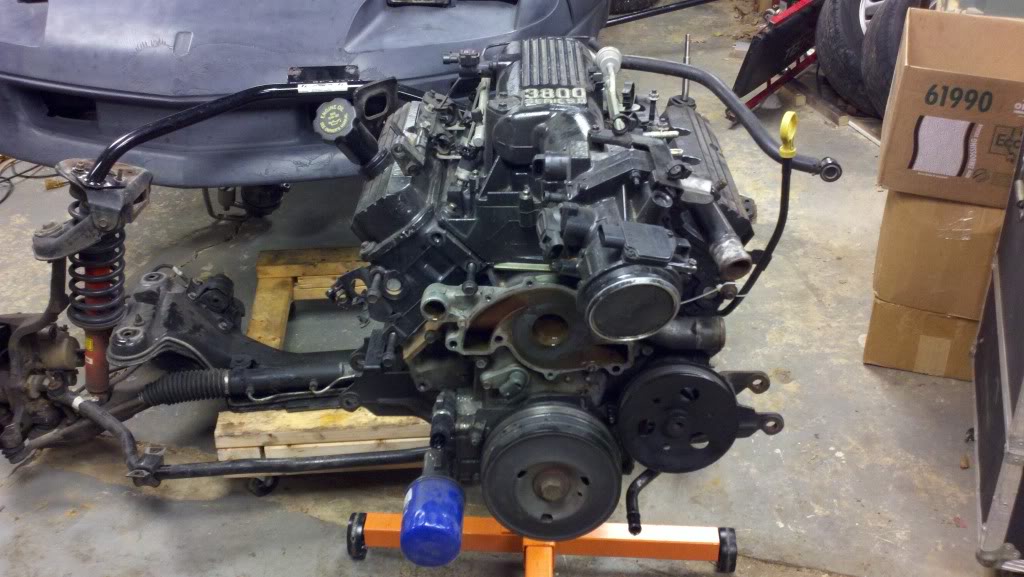 Well looking at cost, it is much cheaper to grab another motor from a salvage yard. I picked up one today. It was less than half what a complete rebuild would be. It’s hard times, what can I say. But at least I’m back in budget. The motor looks good from the outside. I’m going to give it a once over on the stand, check the oil pan and under the valve covers before i tear into it.

I gotta go get a few odd and end things tomorrow at lunch and then tomorrow night get to wrenching on the new motor.

I also got news that my tuned pcm is on its way. 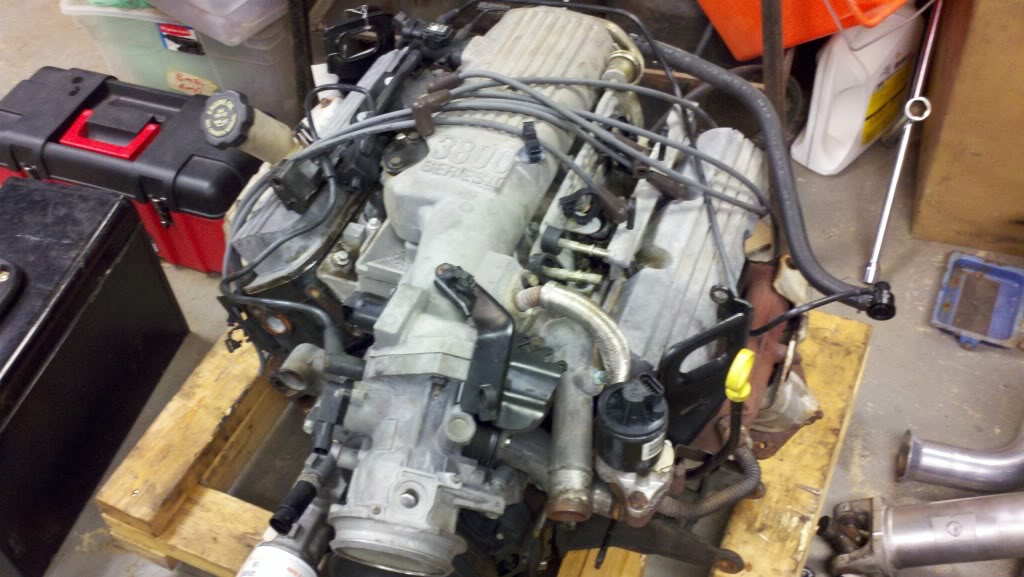 Its moving along I guess. I’ve stripped the motor down and gotten the new motor on the stand. And I’m not sure but I might have found out what the noise was coming from. But until I get it back on the stand and give it a look I wont know for sure. I’ll let you know then. 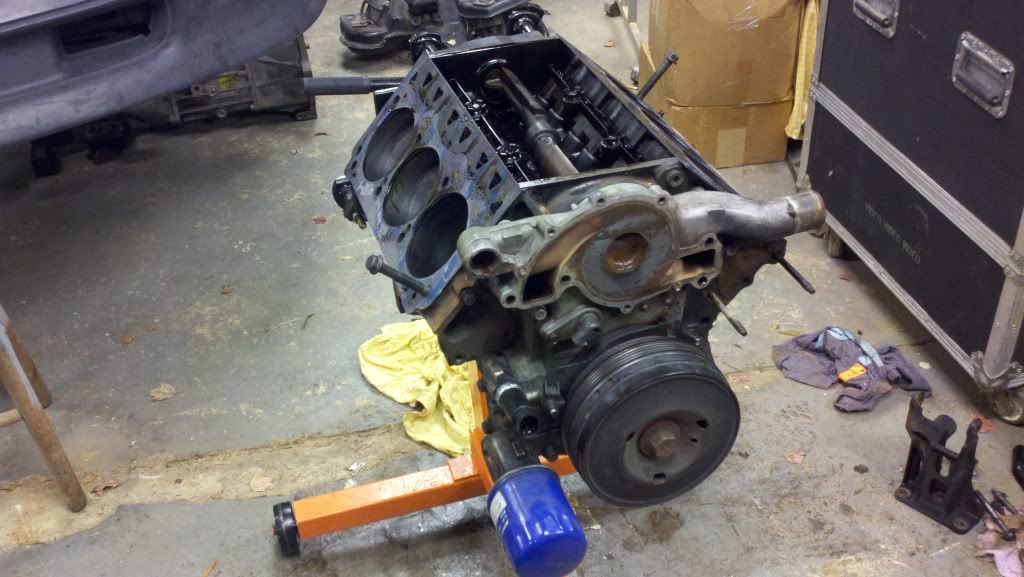 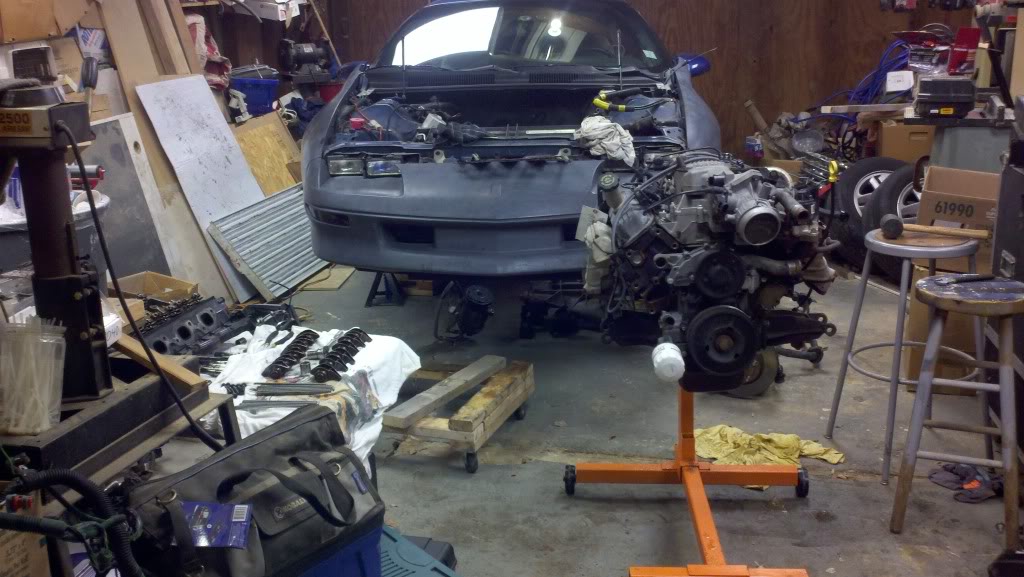